On Tuesday 8th December, I put out a plea for help on Twitter for Christmas activities for adults, as the large majority of the material I found online was aimed at children. I was also pushed for time to create something for my last few classes myself due to too many visitors coming to Berlin for the Christmas markets!

Some very kind people linked some ideas to me (major thanks to @SueAnnan), and then @Marisa_C suggested that I propose the topic for #ELTchat the following day, which I did… And it managed to win the vote (despite some scroogey resistance from some!) Of course, the time of year probably helped, as many people are coming to the end of terms and courses, but because I proposed the topic and was so excited it won, I was *ahem* volunteered to write the summary. 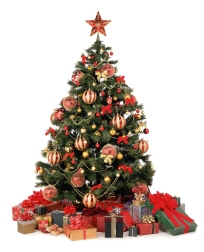 If you’ve never heard of ELTchat before, it’s an hour-long conversation which takes place on Twitter (almost) every Wednesday, alternating between 12pm and 9pm GMT. At the end of the chat, one lucky person uses the transcript lovingly collated by @SueAnnan and summarises the discussion. All of the summaries are then added to the amazing summaries index, which, as I have just seen, dates back to October 2010.

This is my first ever summary, and thankfully the nature of the chat calls for a collation of ideas rather than a summarising of opinions and arguments on complex methodological concepts, so hopefully I can’t go too far wrong…! I am, however, famously not very good at being concise, so I’ve tried to break the main bulk of the chat down into bullet-pointed sections for everybody’s ease of reference.

Furthermore, it’s worth mentioning that the #ELTchat community teaches around the world, sometimes in countries where Christmas isn’t celebrated. Therefore, these are ‘winter activities for adults’, but Christmas will of course be mentioned! 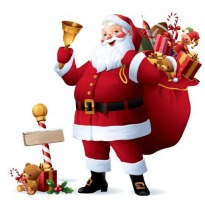 If you find yourself with a group of students who are Scrooge reincarnate, then here are some other ideas that appeared over the course of the chat.

And we didn’t just talk about Christmas…

@sandymillin’s webinar on activities for Christmas and New Year with BELT Belgium (I’ll post the recorded link once it’s over, if that’s allowed!

The transcript of this whole #ELTchat, thanks to @SueAnnan: http://eltchat.pbworks.com/w/page/103668899/Winter%20Holiday%20activities%20for%20Adult%20Learners

Phew, I made it! If you spot any broken links, typos or misquotes, please let me know! Otherwise, I wish you all a very Merry Christmas and a Happy New Year 🙂

My name is Rachel, I am 25 and I love Germany. I studied German, Spanish and Italian at Durham University for four years, one of which I spent living in Europe, and then worked at Routledge academic publishing house for almost 3 years. Towards the end of 2014, I decided it was time to finally fulfil a long-held ambition to live in Berlin, and so in April 2015 I completed the CELTA qualification (Certificate in English Language Teaching to Adults, adminstered by Cambridge University) here in the German capital. Now qualified, my blog berlingo18.wordpress.com charts my experiences as a new English teacher in my favourite city... (More information about my plans can be found in my first ever blog post.)
View all posts by BerLingo →
This entry was posted in ELT, ELTchat, Uncategorized and tagged Christmas, ELT, ELTchat, ELTchat summary. Bookmark the permalink.

A Game of Scones

Thoughts about personalized and adaptive learning in ELT

Wherever I am, you are there also

from Peace Corps/Ukraine to life in London

Challenge yourself and those around you. Explore the world and all that it has to offer. Learn in everything that you do.

Life and learning in South Korea and Japan

Questions, queries, inquiries, challenges or doubts with the English language (or any of the aforementioned words?) get tips and advice on this blog.

a little bit about a lot of things

Random commentary on teaching English as a foreign language